Tortillas are such a versatile food, which is why I love them. You can use them for wraps, tacos, or even chips. But there’s a huge difference between the taste and texture of store-bought tortillas and homemade tortillas that you make from scratch.

Once you try this easy recipe for homemade tortillas, you’ll never go back to the prepacked ones again!

You only need five ingredients to make this simple recipe, which means flour tortillas aren’t just easy to make at home. They’re also cheaper than buying them at the store. Try this simple recipe and I guarantee you’ll be making your own taco shells and wraps at home from now on.

What You’ll Need to Make This Homemade Flour Tortillas:

How to Make Tortillas from Scratch:

Do I Need a Tortilla Press to Make Homemade Tortillas?

A tortilla press is used to press out the dough into a flat circle, which means having one would be a quick and easy way to make your own tortillas at home. But there’s no need to go out and buy this appliance if you don’t already have one. You can use a rolling pin to flatten your dough without the need for a special press.

This simple recipe is so easy to make! But that doesn’t mean you might not run into issues as you’re baking. Try these simple tips and tricks for making delicious homemade tortillas ever time.

You'll notice that the tortillas may appear stiff after cooking, but by stacking them and keeping them warm, the heat will "steam" them to become perfectly soft.

Stacey is a Southern girl with a taste for travel, thriving on the discovery of the world through food. After spending many years traveling and living overseas, she’s now back home in her beloved deep south enjoying life with her three little ones and loving the adventure. She’s a food stylist and food photographer, as well as, the creative behind Little Figgy Food, where she loves to inspire others to try new flavors and foodie techniques. 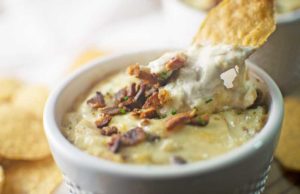 With the Holidays around the corner, it’s time to welcome friends and family with easy-to prepare, yummy tasting appetizers such as … Caramelized Onion Bacon Dip! It’s hot and yummy. Tastes amazing with crusty bread chunks, tortilla chips or a spoon … if you must. 😉 There’s a slight nutty-sweet flavor that you get when you take a… 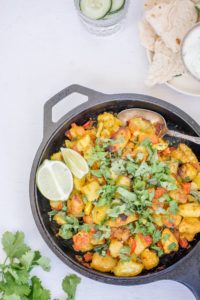 Thank you Potatoes USA for sponsoring this post. Make a delicious and convenient meal today with potatoes! Jump to Recipe What’s for dinner? That question that continues day after day from at least one or more of my kids. Some days I have it all laid out, but there are days that, frankly, I cook… 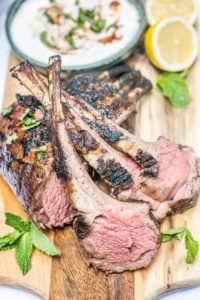 This post is sponsored by True Aussie Beef & Lamb and The Big Green Egg. All opinions are all my own. Join me this summer and let’s make it extra amazing by treating friends and family to relaxing dinner parties and serving up perfectly grilled True Aussie Beef and Lamb! Summer is, in my opinion,… 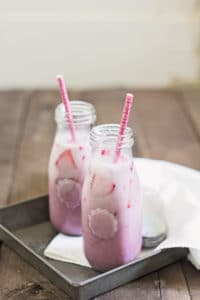 If you are remotely anywhere near a Starbucks, you may have seen their Pink Drink proudly display and tempting you to enjoy…it’s good. But…the price can add up trying to quench your new found favorite drink. The good news is that you can create your very own version at home. This Hibiscus Strawberry Iced Latte… 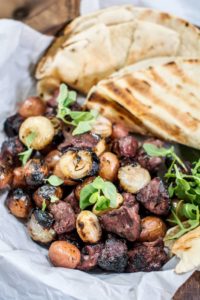 This post is sponsored by True Aussie Beef & Lamb and The Big Green Egg. All opinions are all my own. This summer has been rather delicious! Case in point, Honey Lamb Kabobs! So easy to make on my Big Green Egg, and full of incredible flavor. Honey Lamb Kabobs are so quick to make up and celebrate… 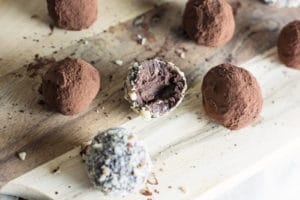 Pure decadence, Dark Chocolate Truffles! Dark chocolate on it’s own is so incredibly intense, and lends perfectly in these little bites of indulgence. They are well balanced, smooth, and rich, perfect to make up anytime you need a treat or to share with someone. I’m a huge Lucille Ball fan and when I enjoy candies or…

This site uses Akismet to reduce spam. Learn how your comment data is processed. 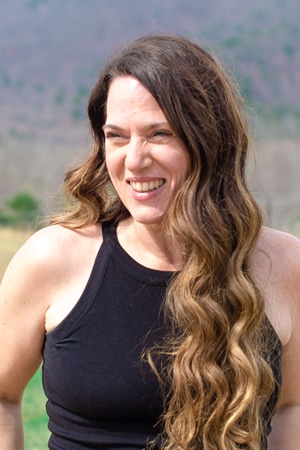 I’m a southern girl with a bohemian soul. who has a love for food, travel, and photography. My time living overseas has allowed me to fall in love with the different cuisines the world has to offer, and I want to share these experiences through my favorite recipes.